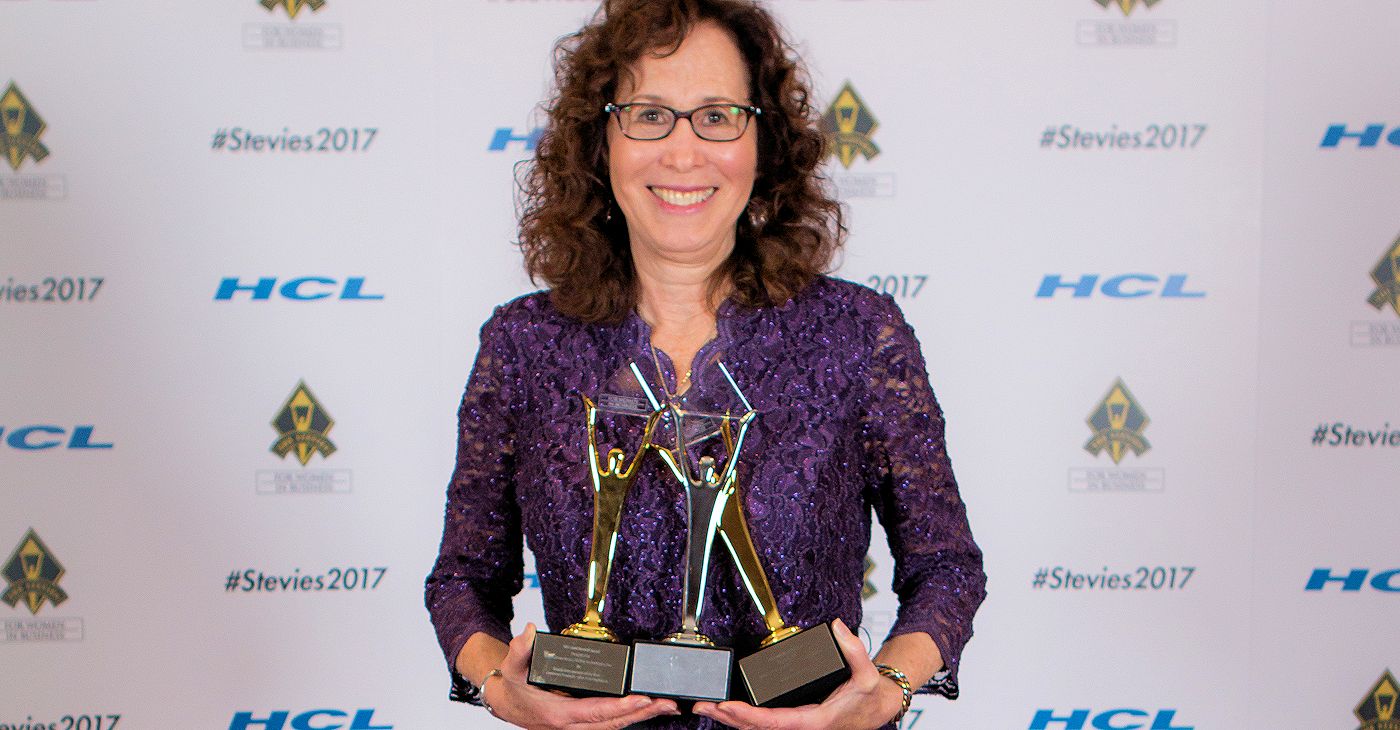 2017 Stevie® Awards For Women in Business

The 14th edition of the world’s top honors for female entrepreneurs, executives, employees and the organizations they run were presented on November 17, 2017 at the Marriott Marquis Hotel in New York City. More than 550 nominated women and their guests from around the world attended.
The Stevie Awards for Women in Business is an international competition that recognizes the achievements of women executives, entrepreneurs and the companies they run. Congratulations to Ms. James-Meyer for her achievements in business, and in creating pesticide free, clinically proven products that are providing relief worldwide.

BioSafe Technologies founder, Lynn James-Meyer was awarded three of these prestigious 2017 Stevie Awards For Women in Business in the following categories:

About The Stevie® Awards

The Stevie® Awards are the world’s premier business awards. They were created in 2002 to honor and generate public recognition of the achievements and positive contributions of organizations and working professionals worldwide. In short order the Stevie has become one of the world’s most coveted prizes.

Stevie Award judges include many of the world’s most respected executives, entrepreneurs, innovators, and business educators. More than 1,000 professionals worldwide participate in the Stevie Award judging process each year. All Stevie Awards entrants have access to all judges’ comments about their nominations.